Captain Jackson Larson has always loved fishing the waters around Hilton Head. He began his career on the Runaway in 2014 as a mate and worked closely with Captain Bill Parker. Bill made a decision to retire in 2018 after 33 years of fishing professionally full-time. Jackson quickly decided to take over the reins from Bill on the Runaway.

Jackson purchased the Runaway in January 2018 and Bill stayed on for several months as his mate to insure the turnover would be successful and it sure has been. Jackson knows where all the great fishing spots are located both inshore and offshore. Check out some of the pictures of the great catches he and his customers have been pulling in lately.

Captain Larson always carries a mate and both stand ready to help at anytime.

He will always do his best to give his customers a great day fishing. Thanks for considering the Runaway. 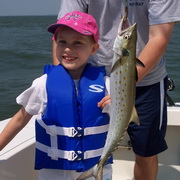 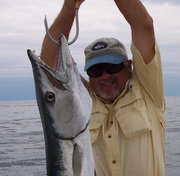 This Is A Big Fish - But It Is Not The Biggest